Single (Basin) and Loving it

All Articles, Getting Started | 0 comments 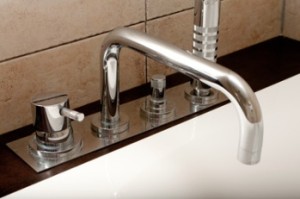 If you are planning to install a new sink during your upcoming kitchen remodel, you may have already noticed, it isn’t as simple of a decision as one might initially think.  Aside from deciding whether to get a drop-in, under mount or apron sink, you must also decide if you’d like a single basin, double basin…or even a triple basin sink.  In this post, we’ve made the case for single basins.

I don’t really think the definition is needed as it is pretty self-explanatory, but in case you don’t know…  a single basin sink is a sink with only one basin and one drain.  Now, I know what you’re thinking, but it’s not the same as the sink in your old apartment.  Although, there are some pretty basic single basin sinks, there are also some really beautiful ones.

Since there is no right or wrong choice in the way of number of basins for you, our next article will feature the benefits of a double basin sink.  Stay tuned.